Teachers make a lot of mistakes. We are only human. But sometimes the mistakes are so greivace that they are unforgivable. Benedict Arnold was not a loyalist. Ever. He just wasn’t. To teach otherwise or to debate it is a huge mistake.

I don’t want to write a biography of the man but some background information is important. As a young man, Benedict Arnold was an overt patriot. His own letters that have survived have proven this fact. He did not believe in loyalty to the crown and supported the creation of a new nation from the start.

He joined the Sons of Liberty and also the militia. He rose through the ranks of the militia and Continental Army until he became a general. None of these actions would indicate that he had any loyalty to Britain.

He was a patriot – no debate.

Benedict Arnold was also a man of privilege. He believed that the world and society owed him more than it did and he thought that his hard work should pay off more than he deserved. Being a general in the Continental Army wasn’t enough – he wanted to command the entire army. He didn’t want to take commands from George Washington, he wanted to be him.

When he began to feel that he wasn’t taken as seriously as he wanted and stopped rising in importance (at least in his mind) he began to entertain the notion of switching.

Arnold belived foolishly, that if he switched sides, the British would be so grateful that they would give him everything he thought he had earned. He truly believed he would be named as a commanding officer in the British military and would be trusted with state secrets.

That’s when he became the traitor. Not a loyalist. A traitor.

Don’t teach it any other way.

If you liked this then maybe you’d also like: 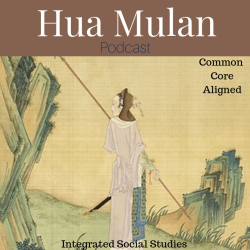