Changing Our Perspective: Isabella of France

Isabella of France was one of the original women that inspired this blog series which I started in February. Women have been written about generally the same way for our entire existence: wife, mother, nothing more. It is very difficult to study women in history because so little information still exists and what does remain is sexist or propaganda that it is unreliable. I feel that Isabella of France deserve a fresh perspective – something for modern women to contemplate and maybe delve into further.

My first introduction to Isabella of France was in the film Braveheart. Her role as the second woman to love William Wallace is lovely in the fictional world the film created but has no basis in reality. At the end of the film, Isabella is given a wonderfully vindictive moment when she tells her father-in-law, Edward Longshanks that his line ends with his son (indicating that she is pregnant by Wallace).

We can walk away from the film pretending she had a few moments of bliss in her life and will live happily ever after with her child.

The first time Isabella appeared in my history studies was in college. My professor called her a bitch and told us that her portrayal in Braveheart was too kind. He said the real Isabella of France was a “piece of work,” and that she is a very unsavory individual.

Recently, in the lead up to the final season of Game of Thrones I read that the “She-wolf” (Isabella’s common nickname) was the inspiration for Cersei Lannister.

Personally, I have always had questions about whether Isabella of France was really all that bad. It could be a “let them eat cake” scenario rather than real history. (Marie-Antoinette didn’t actually say that but is instead a brilliant piece of propaganda.) The male historians had a narrative and made no attempt to write about a strong, intelligent woman. Instead they made up stories about her apparent bad attitude and double-crossing antics. Also, they attempted to paint her as an adulterous slut which would add speculation about the paternity of her children. (Yes, it is true she did have an affair but this did not happen until she was older and done having children with her husband.)

This narrative could also be true. I cannot deny that. But to be the inspiration for Cersei Lannister, one of the most vile characters I’ve ever watched or read about (in fiction) I don’t think so.

There are two major factors that contribute to historians assumption that Isabella of France was in fact a ruthless woman attempting to wrest control for herself. 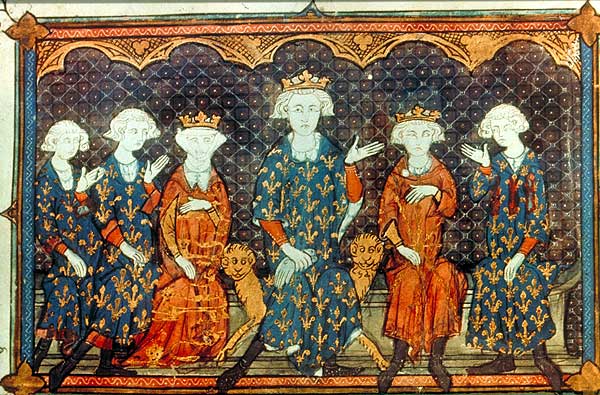 Isabella is on the left of her father. Picture from Wikipedia. Listed as public domain.

During a royal tour of France with her English husband Edward II to drum up support for the growing unpopularity of her husband’s failures in England, Isabella is reported to have told her father, King Philip IV that her three sisters-in-law, were all having affairs – a crime punishable by death.

Historians have speculated for centuries as to her role but I question both her motivation and the actual actions. Isabella was married to the King of England, enjoyed great privilege and had a lot of support in both England and France. She gained absolutely nothing and actually suffered from gossip and speculation about her role for the rest of her life.

Isabella has always been described by historians as a woman who was fiercely intelligent, charismatic, and capable. In other words, she could see a problem from all angles and could often work the issues to her advantage because she was able to convince people she was right. So why then did she think telling her father about these crimes was going to help her, her children, or her husband?

My opinion is that she didn’t. But being the only woman of importance and influence who managed to escape the trip with no accusations against her character is evidence enough for some.

In the end, her sisters-in-law, Margaret and Blanche died after being jailed and Joan was released after a year. I think it much more likely that Isabella’s brothers, Louis X (known as the Quarreler) or Philip orchestrated the scandal. Both had better reasons and both refused to help their wives when they were accused.

People would try to discredit this argument by point out that Isabella was mad that her gifts that she had given her sisters-in-law were seen around the French court with other people. It just doesn’t make sense with what we know about Isabella and her political abilities. She wasn’t known for random actions or petty feelings (minus this one event). Her father after all was known for his lack of emotion. I highly doubt that Isabella, the most successful of his children was likely to act out of anger for such a small slight.

It was this event however that changed the laws of French succession. Many other European countries would use France as a model to limit (and sometimes eliminate entirely) the power of women.

When Philip IV died, his son, Louis X became king. He had only one daughter with his wife Margaret who had died after being accused of adultery. Because of the charges of adultery, their daughter’s paternity was questioned and considered unsuitable to inherit the throne. Louis X died when his new wife, Clementia was heavily pregnant. She gave birth to a son, John, who became king the second he was born but he died five days later.

Using the ancient law of Salic law as precedence, Isabella’s brother Philip seized the throne for himself, convinced the Estates General that women had no place ruling France and did not have the capabilities to do so, and forever changed the future for women in France.

This is just more evidence that Isabella probably had nothing to do with the accusations as she gained nothing. In fact, she hurt her own chances of succession if something else had happened to her brothers.

Murder of Edward II (and his allies)

Isabella commanding the Battle of Bristol. Picture from Wikipedia. Listed as public domain.

Isabella, having endured a loveless marriage did have lovers. When her husband, King Edward II and his new favorite, Hugh Despenser demanded she pledge her allegiance to the Despenser family, she refused. After all, she had already sworn allegiance to her husband the king. Edward stripped her of all of her property and money and would not allow her access to her children.

With the help of her court-in-exile and her lover Roger Mortimer, raised an army and moved against her husband. Isabella had united all of Edward’s enemies into one alliance, including the Lancaster’s. Eventually, Edward lost and was held by the Lancaster family who forfeited the royal seal to Isabella. Acting as regent for her son, the 13-year-old Edward III, she worked diligently to gain more support for him.

However, Edward II was a lot like his vicious father. He was known for tantrums and vengeful actions on his enemies. The exact timeline of events after his capture are unclear however the traditional story is that Isabella and Roger had planned out the order for Edward’s death in such a way as to never to be blamed for it. Perhaps it could be done but this again is a big what if. With a country in turmoil and enemies working with enemies as they try to gain control of the throne, is it likely this secret would have been kept or is it more likely that Isabella’s enemies blamed her and with the anti-woman sentiment of the age that narrative won?

Also, in the 21st century the better question is, “Why would it matter?”

Edward was highly unpopular with the English and most of the aristocracy of his time. He also had been losing territory to France which was run by Isabella’s brother. Edward had aligned himself with an alliance that hated Isabella and seized all she owned for themselves. They took her children and quite frankly would have threatened them or had them killed so that the Despenser family could take the throne.

It is also very possible that many historians have conflated what the Lancaster’s did to those loyal to Edward II, namely members of the Despenser family. Although Isabella was the regent for her son, she did not order the gruesome and public deaths of her enemies. Her allies, the commanders of the Lancaster forces did that. Most evidence points to her trying to protect them.

Isabella with her son. Picture from Wikipedia. Listed as public domain.

Regardless, Isabella did what was right for herself and her children. Isn’t the time right to change the narrative from Isabella was a murderous bitch to an intelligent woman and loving mother?

To declare Isabella the She-wolf of France, continue the descriptions of her as vicious and callous, and to belittle her accomplishments in the face of so much adversary is quite frankly silly at this point.

Men have done much worse in history and do not have bad reputations. Her own husband did worse than Isabella and doesn’t have a bad reputation. (He suffers his own prejudices in history but nothing stemming from his treatment of his wife.)

I’ve offered no proof, no undeniable evidence that Isabella isn’t worthy of her nickname but I hope you can see my point that, the historians throughout history haven’t offered much to prove their side either.

Image used in cover is from Wikipedia. Listed as public domain. 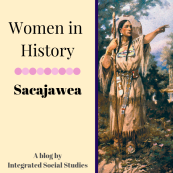 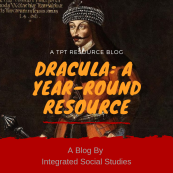 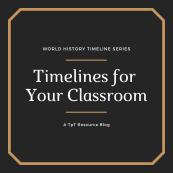 One response to “Changing Our Perspective: Isabella of France”